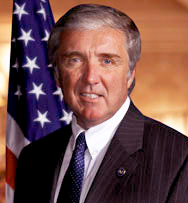 Mr. Sullivan is an expert in government investigations, corporate compliance and ethics, corruption, health care and corporate security, has extensive policy and regulatory experience. With over 20 years of legal experience, he has represented individuals and companies in both civil and criminal matters. In 2001, Mr. Sullivan was appointed U.S. Attorney for the District of Massachusetts. While there, he created a National Security and Anti-Terrorism section and units devoted to computer crime, intellectual property theft and health care fraud. The District was a leader in combating health care fraud, recovering more than $4 billion—about half of the nation’s total recoveries. Mr. Sullivan also served on the Attorney General’s Advisory Committee, serving as Chair of the Health Care Fraud Working Group and on the national security, civil rights, sentencing, violent crime, drugs and cyber-crime subcommittees.

In addition to serving as U.S. Attorney, in 2006 the President appointed Mr. Sullivan Acting Director of the Bureau of Alcohol, Tobacco, Firearms and Explosives (BATF). He was nominated Director in 2007 and served until January 2009. As the BATF Director, Mr. Sullivan led the agency’s 5,000 employees who are charged with regulating firearms, investigating illegal trafficking of alcohol and tobacco, and preventing terrorism. Mr. Sullivan was Plymouth County District Attorney from 1995 to 2001. He was a leader in the fight against child abuse, domestic violence and elder abuse and closed a number of unsolved murders.

From 1991 to 1995, Mr. Sullivan served in the Massachusetts House of Representatives where he sat on the Education, Local Affairs, Commerce and Labor, Ways and Means and Post Audit and Oversight Committees and concentrated on restoring aid to local communities and education, worker’s compensation, and criminal justice reform. Before government service, Mr. Sullivan was with the Gillette Company for 16 years, starting as a stock clerk and holding positions in human resource management, quality operations and Assistant to the President. He has also practiced law with McGovern & Sullivan, P.C. and Bolles & Pritchard. Mr. Sullivan received his undergraduate degree from Boston College and his Juris Doctor from Suffolk University Law School.